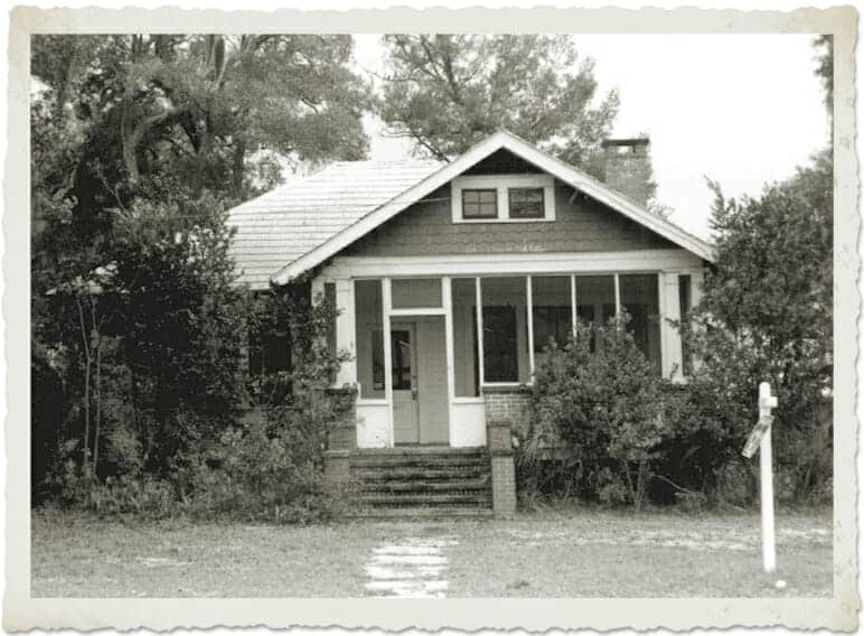 The Haunted Antique Shop has been standing for more than 100 years. It’s been home to young and old — families with children, and long-married couples enjoying their golden years together.

When it was first built, the world was still reeling from the “War to End All Wars.” Women had just won the right to vote. Radios were new. So were cars. And while Model T’s were common, so were horses and carriages.

For all that time, the Haunted Antique Shop occupied prime real estate on the main east-west route through DeLand, in what’s now the historic district.

Frank Johnson, executive director of the West Volusia Historical Society, was kind enough to provide the master site file for the house.

This one and one-half story frame residential building is located at 612 West New York Avenue. Its Bungalow styling is expressed by a low-pitched gable roof and an entrance porch covered by a gable roof supported by wooden posts. Fenestration consists of 1/1 double hung sash windows. The exterior wall fabric is false bevel drop siding. With few alterations, this building has retained most of its architectural integrity.

The Bungalow was the most popular residential building design in Florida during the first three decades of the twentieth century. Its name was derived from the Bengalese bangla, a low house with porches, used as a wayside shelter by travelers in India during the eighteenth and nineteenth centuries. Although the name and some of the general characteristics of the Bungalow have their origins in India, the Japanese had the most profound influence on the style. Japanese construction techniques exhibited at the California Mid Winter Exposition of 1894 emphasized the interplay of angles and planes and extensive display of structural members that became integral components of American Bungalow design.

The earliest American buildings which were consciously bungalows appeared in California and New England in the 1890’s. They generally were large residences designed by architects. However, by the turn of the century publications like Bungalow Magazine and The Craftsman flooded the building market with plans for inexpensive bungalows. Featured in these magazines were articles about the economical use of space, interior decoration, and landscaping. It was this scaled down version of the Bungalow which became so pervasive in Florida during the early twentieth century.

The Bungalow is typically a one or one and one-half story building with a low-pitched gable (occasionally hipped) roof with wide unenclosed eave overhangs. The roof rafters are usually exposed and false brackets or beams are commonly added under the gables. The porch is often the most dominant architectural feature of the Bungalow. They are generally either full or partial width, with the roof supported by tapered square columns that frequently extend to ground level or sit on massive brick piers.

Located in the Millers’ Subdivision, which was platted by D.J. Miller in March, 1912, this building embodies many of the architectural characteristics of buildings constructed in DeLand during the Florida Land Boom of the 1920’s. Research of Sanbom Company maps, which were prepared of DeLand between 1885 and 1950, combined with architectural evidence based on comparisons with buildings of similar design and construction, indicate that the building was constructed about 1920.

DeLand, founded in 1876, was incorporated in 1882 and became the seat of government for Volusia County in 1888. The home of Stetson University, Florida’s oldest private university, DeLand developed quickly in the late nineteenth century, largely through the promotional efforts of Henry A. DeLand, the community’s namesake. The introduction of the railroad and an economy based on citrus spurred the first period of development. Although devastating freezes in the mid 1890’s slowed growth, the commercial and citrus industries became revitalized over the following decade. By 1910, the population had doubled to 2,812. During that interval significant construction began, which resulted in an expanded commercial district, the formation of residential neighborhoods, and the extension of municipal services to many areas of the community. By 1910, Stetson University’s campus had become a prominent landscape feature at the north end of DeLand. Although events associated with World War I retarded growth, by 1920 the population had reached 3,324. During the Florida land boom of the 1920’s, real estate sales played an important role in the local economy. Numerous subdivisions were platted and buildings constructed. Within five years the population nearly doubled. The collapse of the boom in 1926 brought development to a virtual halt. Together with the rest of the state, DeLand entered a period of economic decline, though moderate construction persisted throughout the Depression decade. Development in DeLand since 1950 has compromised some of the community’s irreplaceable historic buildings. Nevertheless, the historic resources that remain represent architectural and cultural legacies worth preserving. 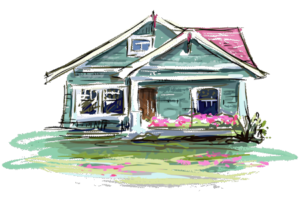